Congratulations Norm Poti for 1st place for the  Remus trophy! 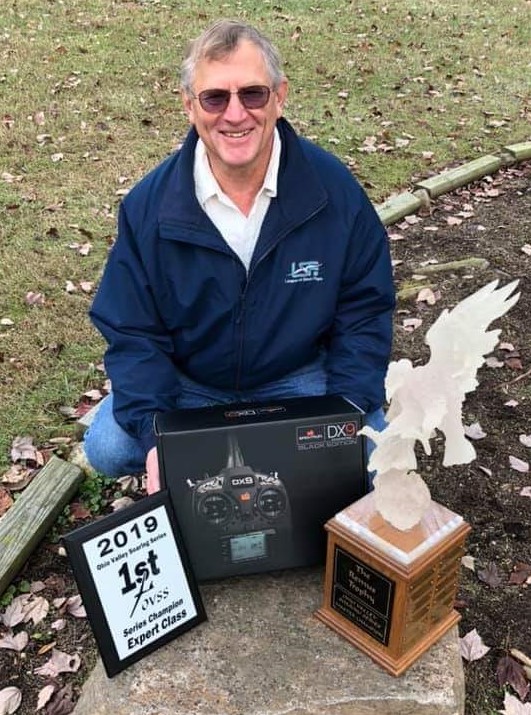 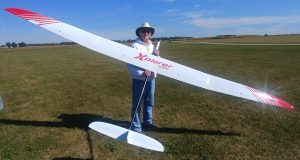 The Ohio Valley Soaring Series (OVSS) was organized to promote radio control soaring competition (thermal duration or TD) in the Midwest part of the United States.  The geographical region encompasses Ohio, Indiana, Kentucky, Illinois and Iowa and we are always open to welcoming new member clubs interested in holding a weekend contest at their flying site and joining the series.  The OVSS awards a Season Championship to both a Master and Sportsman level pilot who score the highest in the season’s contest schedule flying unlimited class sailplanes according to the scoring section below.

Member clubs at a minimum hold a weekend contest* (two days, two separate unlimited class contests) for participants to have a chance to produce a score. It has become the preferred choice of the vast majority of fliers that the Man-on-Man format and normalized scoring be utilized in OVSS contests, but it is not a requirement to hold a contest under this format. Also, at the club’s choice, is the addition of other classes, i.e. two-meter or RES, but it has been shown over the history of the series that clubs that focused on and supported long flight times and five or more rounds of flying only unlimited class  per day had better attendance.

The benchmark of the OVSS is having a minimum of a League of Silent Flight – Level V size contest (20 entries or more) every day of the season, and that has been the case in the majority of contests.

Scoring is done on a normalized format that bases a contestant’s score for a particular day’s event as a percentage of the winner’s score times 1000.  For example:

(All scores rounded to the tenth of a point)

For 2020, there are eight contest weekends and the AMA Soaring Nationals (ALES and UNLIMITED) for a total of ten events.  This year, a flier’s best 6 (six) scores generated per contest weekend or at the Soaring Nationals will count toward the Season Championship in both Master and Sportsman classes. A pilot who flies 7 events or more during the season will have the opportunity to drop their lowest contest score(s) according to the final number of contests flown in the season.

If a tie occurs for the OVSS Season Championship, the following tie breakers will be used in this order:

OVSS recognizes two classes of fliers for awards in the year-end Season Championships; they are Master and Sportsman. At each contestant’s first OVSS contest of the year, pilots will declare themselves either a Master or Sportsman class flier. A Master class flier will from that point onward stay in the Master class.  Those choosing to fly Sportsman will fly that class until one of two possible conditions occurs:

In developing OVSS, the quest for excellence in the endeavor of soaring is the goal, the fellowship of those who have joined in the quest is the reward.  Enjoy the Series, enjoy the flying, enjoy the passion of soaring.

Past Scores and Champions

History of the OVSS

Click here to read about how it all began.